Skip to content
Google continues to speed up the development of Google Meet for individuals, teams and organisations as one of its top priorities. The top app for enterprise video meetings from Google is evolving at high speed to not fall behind on its competitors. That is noticeable in the 7 new features that Google announced to roll out in the next months. 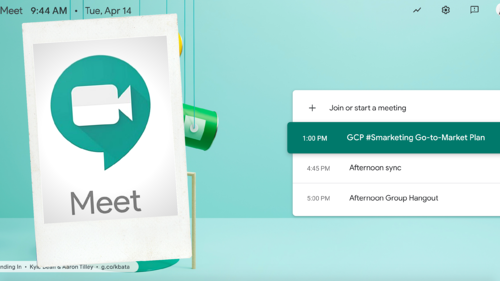 People are attending video meetings more and more and are consequently less often together in meeting rooms. You already can see up to 16 people at once in Google Meet.

But to make the best possible reproduction of a real-time meeting, you can now use different types of layouts where you can see up to 16 participants at once, along with the presented content. This will be even more extended in the near future to the ability to see 49 participants at the same time. 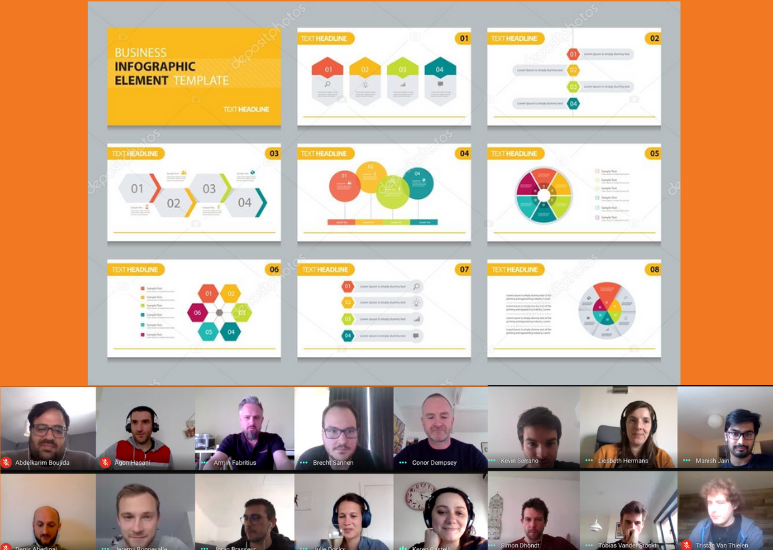 See easily 16 other participants while someone is presenting

During a video call, it regularly happens that people talk at the same time or can’t intervene properly because of the flow of the conversation.

That’s why Google is introducing the button ‘Raise hand’ to make the conversation run more smoothly when people have a question or something to say.

We all had or saw a video call blooper: someone walks unexpectedly through the image, playing children enter the room or people can see surroundings you’d rather not show in your video meeting.

With a new Google Meet feature that is coming this month, you will be able to easily blur out your background, or replace it with an image. This will bring the focus of your team exclusively on you.

4. Meet reports extension: you can now track more video meeting activity in your organisation using the Google Meet report. For example, you can easily see when a user starts a meeting, where they’re joining meetings from, and who was in a meeting.

5. Breakout Rooms: it’s going to be possible to split easily into smaller groups for specific discussions and reunite afterwards into the main meeting. This feature is also great for organising workshops and training via video conferencing.

6. Q&A channel: it will also be possible to provide a channel for the audience to ask questions without disrupting the conversation. And to save time, if you can’t get through everyone’s questions, just answer the questions with the highest audience votes.

7. Polling: Google is launching an option to engage more participants and make it easier to take quick decisions by starting a real-time poll during a video call.

A great functionality that was recently rolled out for Google Meet is the embedded Google Assistant. While organisations are preparing to return to the office, meeting room hygiene will be a major concern.

Nowadays you can already start a meeting with one single tap on a touchscreen with Google Meet hardware. But the fewer surfaces an employee touches, the better it is for the hygiene of the meeting rooms.

That’s why Google voice control for Google Meet hardware is now available for the recently launched ASUS and Logitech meeting room kits. It allows you to start and end a video meeting with a simple voice command.

Google Meet continues to evolve swiftly, making it even easier to organise high-quality video meetings as real-time as possible. Stay certainly tuned on this blog to hear everything about the release dates of these & all future features of Google Meet!

Want to equip your meeting rooms with easy-to-use, high quality hardware for video conferencing? Check out the Google Meet hardware kits on our webshop!